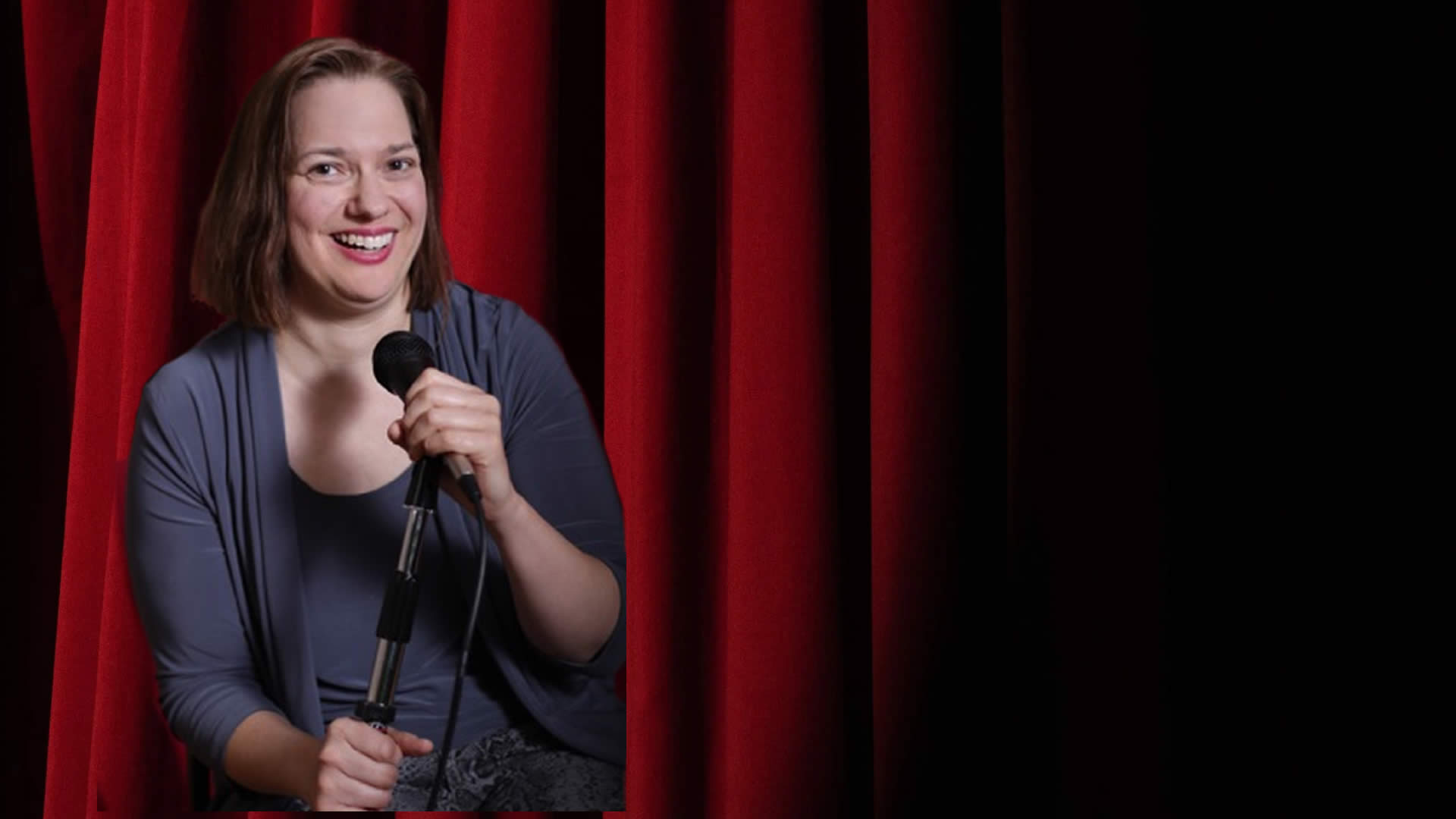 “Dawn Grabowski is one of the best stand-up-sit-down-and-more Comedians in the entertainment industry today. Her material is laugh out loud funny, thought provoking, always current, and of course, Dawn is belly-laugh-approved!”

Dawn Grabowski is a “Sit-Down Comic” because she’s not qualified to stand up, but she IS qualified to make you laugh.

Dawn is an award-winning actress, motivational speaker, writer, and comedian who has written, produced, performed and presented “Always Going Up” (her one-woman autobiographical play) in the Los Angeles area. She was the proud recipient of the Christopher Reeve Acting Scholarship Competition,  & the proud recipient of The Norman G. Brooks Comedy Competition.  She went on to create a 35 mm Short entitled   “Shattering Images,” and a full-length Feature Film entitled “Dangerous Perceptions,” in which she starred, wrote, and produced. She has also performed in Las Vegas, Pittsburgh, Sarasota, Chattanooga, and Iowa City as a comic/participant in the World Series of Comedy.

Now Dawn has taken her love for acting and extended it into another arena as a ‘Sit-Down Comic,’ writer, and producer. Her goals are to make you laugh, and maybe change a perspective or two along the way! She has been studying under Jerry Corley (Jay Leno, David Letterman), Mary Kennedy (Shameless), Richy Leis (Comic Cure), and with Flappers University.

What people are saying…

“In all of my endeavors, there are few people that I have met that have half the tenacity as Dawn Grabowski. She overcomes obstacles that would stop most of us from even getting out of bed. She literally works tirelessly and still always has a smile. She’s committed. She’s creative. She’s persistent and she’s funny as hell. A joy to work with.”

“Dawn’s show was one of the “gut-siest” comedy shows I have ever seen. She was funny, interesting and had a lot to say about various social situations in today’s world. Which means in no uncertain terms, that she really can command a crowd and work the room. And yes, I would give up another Friday night to see her perform again.”

Dawn is the type of comedienne whose work has both heart and hilarity. In drawing on her lived experiences, she is able to make audiences laugh while also letting them in on what it’s like to be a comic, actress, and human with a disability. Equal parts a call to action toward Hollywood, a review of her (often hilarious) dating life, and commentary on society’s way of interacting with the disabled community, her sets take the audience on a ride that runs the gamut of emotions but always ends in joy thanks to the way Dawn is able to frame it all within her particular brand of humor.

“People use the term “differently abled” to describe Dawn Grabowski. I’ll say she is: she’s able to generate laughs better than a lot of comedians I know.”

“Dawn is fearless in her comedy and in life! Her jokes inspire others through laughter.”

“Sassy, classy, or brassy, comedy entertainer Dawn Grabowski can bring it. Fresh & funny or poetically poignant, this versatile young entertainer is like no other, keeping her audience in stitches and on the edge of their seats. It is only afterward that audience members realize Dawn kept them laughing while giving them a glimpse into the perspective of a fellow life adventurer struggling to overcome life’s challenges. Every Dawn Grabowski performance is an entertaining and inspiring “must-see” show!”

“Dawn Grabowski’s creativity, performance ability, writing & acting all come together to make her shine, as, “the sit down comic!” Her clever, entertaining, humorous antidotes and stories take the audience into her world and how she navigates it. Dawn’s shows are always memorable and keep her audiences coming back for more!”

“Dawn Grabowski is engaging, hilarious, and inspiring. Though she calls herself a sit-down comic, she easily lights up the room with her abundance of energy. She brings her authentic and unique experience living with disability to the mic, and effortlessly makes it relatable.”

“Dawn is my favorite sitdown comic! You’re not going to get her brand of truth and humor anywhere else because she is 1 of 1.”

“Dawn is one of the truly great, inspired new group of comedians rising in the ranks. She presents an unusually unique and genuinely funny look at herself, her family and her friends; decidedly an ‘on the edge’ performer and a first-class entertainer!”